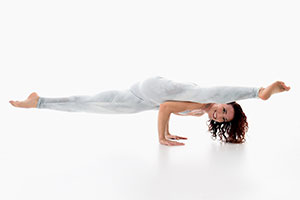 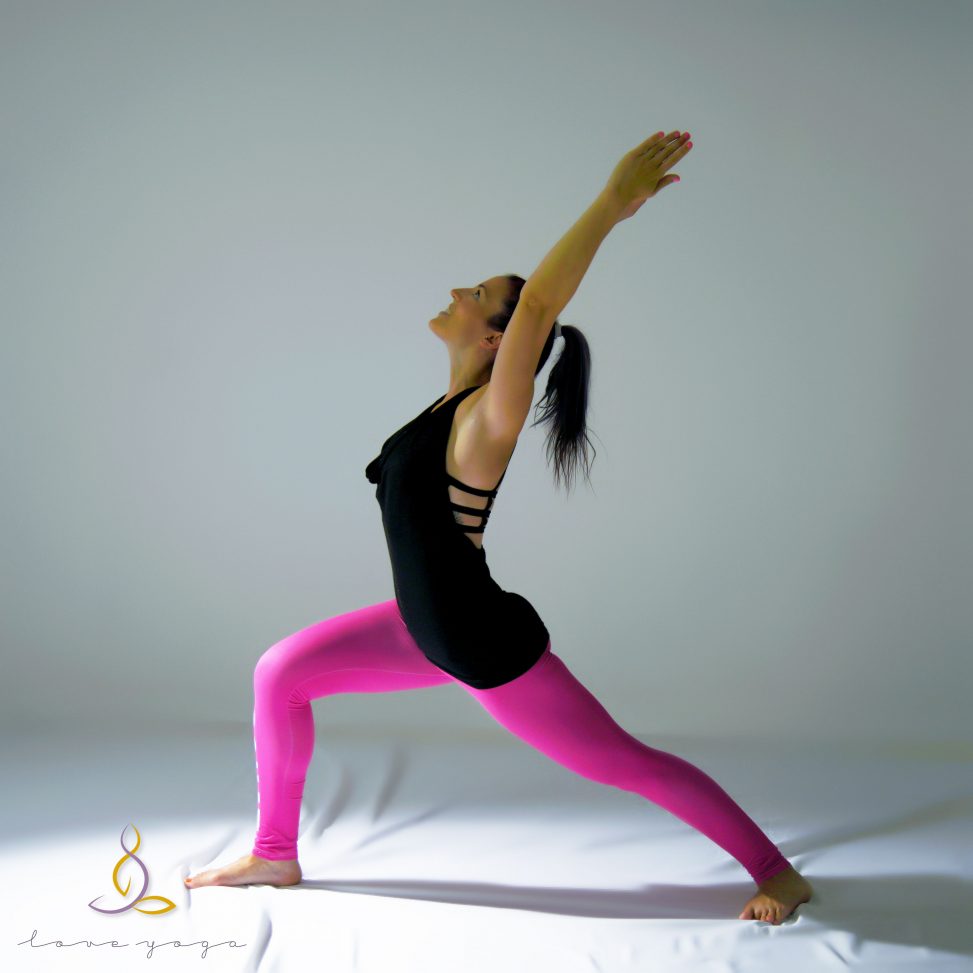 What does yoga actually mean?

The yoga fad is big. It’s been big for years. Everyone loves yoga, everyone does yoga. You can grab a yoga class anywhere, even on holiday, it makes you feel better, it calms you down… But can you actually explain what a yoga class is like?

There seems to be a huge misunderstanding of what yoga actually is. I have so many people tell me “Oh I can’t do yoga, I’m not flexible enough” or “isn’t yoga like lying down on the ground and sleeping?”. You have no idea how frustrating I find all of the misconceptions of what yoga is. Up until a few years ago, even my father (who is a theologist), thought that yoga was the modern and ignorant way to follow some ancient buddhist movement.

No people. Yoga isn’t a religion. It isn’t about doing the splits or taking a nap. Yoga is a PRACTISE. Please note the word practise, as I would like to specify that it is not a sport, it is not a way of showing off and by no means is it any form of a cult or sect.

The word YOGA means “to join” in sanskrit. A yoga practise has the intention of joining or unifying the body with the mind. There are lots of people who are physically very fit, but then mentally let themselves get carried away in thoughts or toxic mental habits. Similarly you can be very mentally zen, but ignore or abuse your body which is the only true temple that you have in life.

You are technically made of two things. Your body and your brain. These two machines need to work together. Think about driving a car, the mind tells the body how to move, and the body does so. But let’s get on a deeper level. If the body can accomplish so many great things; we grow, we get strong, we can make things with our hands, we are even capable of creating a life and having it grow inside of us… then  surly the mind must seek something more profound as well. A more spiritual, wiser aspect to life. Such as feeling love, compassion, fear or anger. The mind cannot live without the body, and the body could not function without the mind.

The History of Yoga

Let me be clear. Ancient yoga is not only a practise, it is a way of living. It is the discipline of the body and the self control of the mind. It unites you (Atman, the Individual Soul) with God (Paramatman, the supreme soul). Even if you’re atheist and don’t believe in God, think of the main goal of yoga as living in complete and utter bliss through perfect harmony between body and mind.

If we’re talking about the history of yoga, then we’re referring to The Vedas, the ancient texts of the Indus-Sarasvati civilisation from Northern India over 5,000 years ago. Patanjali (known as the Father of yoga), in the Yoga Sutras emphasises and defines something known as the eight-fold path. In simpler terms, the 8 limbs or the 8 path way ultimately lead you to enlightenment.

1) Yama (social disciplin, you in society)

2) Niyama (self discipline, how you take care of yourself)

5) Pratyahara (withdrawal of the senses)

8) Samadhi (connection with the divine)

That’s why a complete yoga practise should include a little meditation, to help calm the mind, some pranayama (aka: breathing techniques) and the physical part of the practise, known as the asanas, (which usually includes an array of movements such as holding a plank position or stretching) and a short relaxation at the end (shavasana).

There seems to be some confusion even in gyms and places where strong physical activity is practised. Many personal trainers tend to advise you do yoga if you’re injured, thinking that it’s just a lighter form of physical activity, therefore it can do no harm. In other fitness places which mainly focus on the body, “power yoga” is taught, completely ignoring the mental aspect of the practise and focusing solely on the physical element. In reality there are many types of yoga. Some yoga can be slow and stretchy, and other forms of yoga can be strong and make you sweat like you’ve just run a marathon.

Let’s break it down. Let’s think of yoga as a big tree with lots of branches. Each branch derives from the same root, or trunk. Let’s say this is the main origin of yoga, the notion of balancing and disciplining your mind and body. From there each branch grows off onto it’s own path, yet every branch tends to reach upwards towards the sky. Each branch’s main goal is to grow. To reach above. In the same way that each different form of yoga is to connect with a greater power.

Modern yoga seems to have forgotten about the latter. The connection. Now a days you see people doing yoga and saying “I did a headstand” or “I can finally reach my toes in a forward fold”, but let’s not forget the inner part of yoga. The feelings. What do you feel when you’re in the headstand? What mental blockages are you struggling with when your body refuses to get into a specific position?

So many yoga studios offer a wide selection of yoga classes, but it can be confusing when deciding which type or yoga can be best for you.  Here’s a better breakdown of the different yoga types:

Often considered to be good for beginners, Hatha Yoga focuses on the general yoga basics. It is normally a slower and steady paced yoga that concentrates its attention on breathing techniques. Careful, I said slower, I did not say weak. There seems to be a general belief that Hatha yoga is lighter than its other brother types of yoga. Slow ain’t easy! It’s more controlled.

Vinyasa classes tend to be dynamic and vigorous. The style of movement can vary, however it always consists in connecting various asanas together in a flow and moving through them in a consistent manner.  A different breath is taken on each pose, which is why beginners tend to start with Hatha yoga first, to familiarise themselves with the asans before practising them in a more decisive manner.  Unlike hatha yoga, where you tend to do all your postures in an arranged order (supine, prone, sitting and standing), the asanas in a vinyasa class can lead you anywhere (not following a specific order).

Ashtanga yoga is a series of asanas, or a specific flow that is practised in the very same order every time. It is extremely controlled and specific and the breath is always connecting the body through the movement. There are various tables, or series that you can do, such as the Sun Salutations A and B and the Primary Series.

Also referred to sometimes as restorative yoga, although some yoga studios differentiate the two. Yin, the female energy, juxtaposes yang, the masculine. A yin yoga class consist in holding poses, usually on the floor, for an extended amount of time (usually minutes at a time) while attempting to cultivate a calmer, more relaxed energy. It is generally a more meditative class without actively doing the asanas, more than passively allowing the body and mind let go and deepen into the pose.

A rather intense way of connecting the body with the mind. The Kundalini practise can consist of a demanding pose which challenges the mind. Its’ main goal is to awaken the Kundalini Shakti energy; a coiled snake that flows upwards from the lower spine through the centre of the main chakras. The energetic exercises are meant to create a greater sense of awareness. Again, meditation and breathing techniques are used here but in a more intense manner.

Iyengar yoga is usually practised with the help of props, (such as blankets, blocks and straps). It is a form of yoga that guides the body to align itself correctly. It is normally very precise and specific when it comes to correcting each asana. The breath here is used to help control the mind and improve the technicality of the asanas. This specific style of yoga focuses on strengthening and stretching.

Your Ego is not your Amigo

Going back to the whole body & mind thing… Don’t force yourself into doing  yoga because you really want to get into “the splits” or some type of demanding physical posture. Try and be mindful and think about why you’re truly doing something.

I know it’s hard, but try not to get frustrated when meditating. If you are the type of person who can’t sit still for 2 minutes, try and ask yourself “what happens if I focus on myself for a moment?”.

In the end, everyone is different. Not everyone is made to love yoga, but for sure there is some aspect or part of a yoga class that can definitely help you in some way. I get lots of students who come to yoga class for different reasons. Some want to sweat, some are anxious and need to de-stress, and most of them come to give it their all and enjoy a nice relaxing Shavasana (end relaxation posture) at the end of the class.

In any case, the practise of yoga is meant to help you be aware. Take notice if your mind is going a mile a minute. Be aware if you’re pushing yourself into a limit that it doesn’t seem to want to take (whether that’s mentally or physically). Be gentle with yourself. Accept. Sometimes if you feel overwhelmed it’s ok. Feeling sad or angry? That’s ok too. Be honest with yourself, and only once you truly accept the state that you’re in, can you begin to change it.

At the end of the day, yoga is all about the present. It’s about how your body feels right now and helps guide your mind into feeling each second as it happens.

Live in the current moment. In the here and now. Stop worrying about how you’re doing things and just let yourself be.